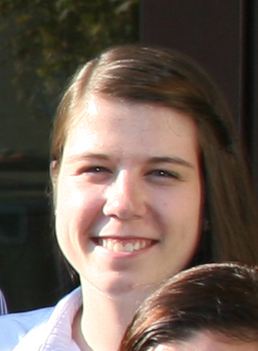 We are proud to introduce Camilla Shanley as the recipient of our Leadership Program scholarship for 2013!

‘There’s a common saying that goes, you only get out what you put in. A leader is one who takes charge and puts a lot of effort into making sure the group accomplishes their goal, and all the effort they put in is returned in the satisfaction of knowing that you helped to change something. That satisfaction is what I live for. I want to leave this world knowing that I didn’t simply change my life, that I didn’t help only myself on the path to greatness, but that I pulled others along with me for the ride.’


These are words from Camilla’s application essay to the Leadership Program. There is no doubt in our mind that with this attitude, she will do a great job of keeping Kevin’s Spirit alive.
Now on to the biography!
Camilla is a member of the Class of 2015 at North County High School, where she carries a 4.38 weighted GPA and is ranked 8th in her class. Along with being a leader in the classroom Camilla serves as President of the Model UN Club, the Future Business Leaders of America (FBLA) Club, the Technology Student Association (TSA). She is a member of the National Honor Society and National Spanish Honor Society, was chosen to participate in Anne Arundel County’s 2013 Model Government Program as well as on the Anne Arundel County Public Libraries Youth Advisory Board. We are not the first to recognize Camilla’s leadership skills, as she was chosen to represent North County at the Hugh O’Brian Youth Leadership Seminar last year.
Camilla not only leads the efforts described above, but performs at the highest levels. As a sophomore (already serving as Model UN President), she led the North County Model UN Club to an outstanding performance at the Towson Regional Conference. They won First place for Best Delegation and third place for Best Negotiating Team, while as an individual Camilla won third place in Best Public Speaker. Success was also achieved with the FBLA Club, where she was not satisfied with a second place finish in Introduction to Parliamentary Procedure at the Anne Arundel County Conference, so she stepped up to take first at the State Conference. For her success in this arena, she was rewarded by representing North County High School and Anne Arundel County Public Schools at the FBLA Nationals in Anaheim, CA. Her achievements continue with the TSA, where she received first place at the Maryland State TSA Competition in Photographic Technology, Extemporaneous Speech, and Technology Bowl.
With all of the time devoted to these effort, Camilla still finds time to volunteer in the community through her church and engage in internship opportunities.
We can’t wait to hear about the great things that Camilla achieves as she continues with her education and enters the workforce. Join us in welcoming Camilla to the Reichardt Foundation family!

The mission of the Kevin E. Reichardt Foundation ("KRF") is to promote, foster, and further the academic, personal and professional development of young men and women who embody the positive attributes and spirit of Kevin E. Reichardt.